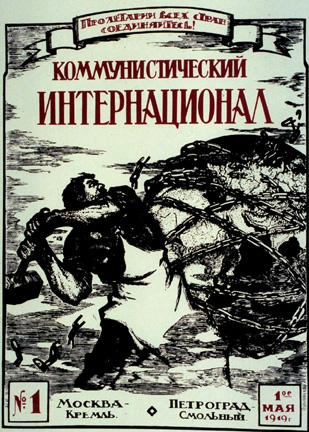 MANIFESTO OF THE ECCI

AGAINST FRENCH IMPERIALISM IN SYRIA

greed in Europe from which the world war with its 10 million victims arose.

The Versailles treaty which heaped it with spoils could not satisfy its greedy appetites. In virtue of this robber treaty, whose black wickedness can never be sufficiently condemned, French imperialism got a foothold in Asia Minor; and though fear of Turkey has forced it to renounce Cilicia, it continues to keep Syria under military occupation. . . .

At the present time the French State, at the end of its resources, is trying to cover part of its expenditure by taxing the Syrian population. The Syrians cannot accept this without resistance. The payment of taxes to the invaders would be a recognition of the yoke forced on them. Refusals to pay have been reported from many districts.

The expeditionary corps, scattered over a large area, is in a serious situation. In the last few weeks more than 200 young soldiers have fallen as innocent victims to the blows of the rebels...

The Communist International does not confine itself to condemning the actions of French imperialism in Syria as a violation of the right to national selfdetermination.

It calls on the French proletariat to wage an energetic struggle against the instigator of the war, imperialism. It calls on the French peasants to join with the workers in this struggle against French industry's costly delusions of grandeur. The peasants have nothing to gain from French capital's conquest of Syria, except perhaps a greater burden of taxes because of higher military expenditure and the further prospect of seeing the blood of their children flow again.

Decades ago the Second Empire flinched before the insuperable difficulty of conquering Syria, although at that time it did not have to deal with a Syrian people conscious of its strength, or an Arab nationalism awakened from its lethargy, supported as on unshakeable pillars by the enthusiastic nationalism of an awakened

Turkey and of the entire Near East, which is determined to fight for its independence and to repel by arms subjugation by an alien capitalism.

The Communist International, including its French section, stands by the Syrians...

. . . in everything they may do to avoid the hated yoke of the guiltiest imperialism in the world today, the imperialism of Poincare, Millerand, the Comite des Forges, and

The struggle of the Syrian rebels is joined to the struggles now being waged in France by the mining, textile, and engineering workers. . . . Syrian peasants and French workers form, perhaps unconsciously, an anti-imperialist united front. It will be the task of the Communist International and its French section to make everyone aware of the unity of this front.